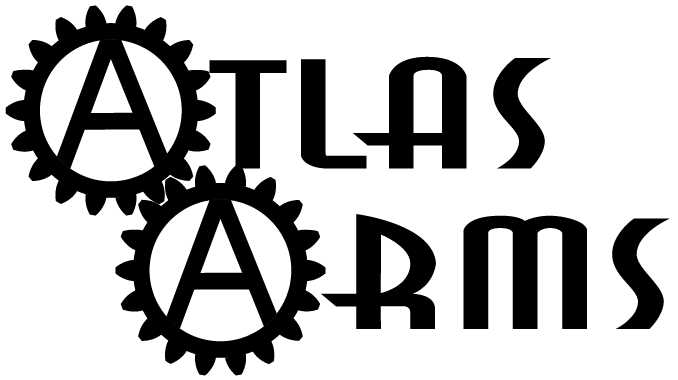 First, we are glad that you’ve responded to our tweet on your video. Some of us have watched your videos and we really hope to win you over. We would like you on our side, which is why we contacted you several months ago when the campaign kicked off. The response will also be “longwinded” in order to address all the issues. Naysaying is quick while reasoned explanation is more involved.

Perhaps the only true misinformation is that the round will be 3D printed. We have never claimed or intended it would be printed, but rather machined on a hobby-level mill, lathe, and/or drill press, and we’re adding functionality to the Ghost Gunner platform to accommodate it, referenced in the video, which you told your viewers not to watch. Due to popular demand, we are now investigating the possibility of printing. The rest is more accurately “underinformed” or just misunderstood.

You seemed aghast at the $30k figure. But that is nothing for most hardware start-ups. Most investors would pass that over, and others in the space have asked us if we’re sure it can be done with so little. We can deal with so little because we have a skilled, dedicated team willing to work endless hours FOR FREE to make this a reality. Not only have we sacrificed endless time, but Austin has floated over $12k himself to pay for our most immediate needs, though we do not promote our own contribution.

This is also not about the physical consumer product. We are not asking the public to fund a profitable enterprise for us, as told in the video, but rather to help us win back a stolen right in some form. We are literally giving away our intellectual property FOR FREE, and are even registered as a non-profit company, as stated in the video and our website, so that we are disallowed from generating profit.

“Why should consumers pay for it?” “Why not some other company without crowdfunding?”
For the same reason they donate to the NRA or the GOA, to preserve firearms freedom. In fact, while the NRA sold-out AP ammo in the 80’s, we’re not just pushing back against new gun control, but directly acting to regain what was already lost. We do not view our donors as consumers but rather fellow lovers of liberty, and address them as such in our updates. This is a project in freedom, not in profit.
The project is open-source because we aim first not to profit, but to help our countrymen, making the tech as cheap and available as possible. These days no bank would finance this project, nor would any investor who can’t control the IP, as discussed in the “about” page of our website. You can also count-out the established firearms industry who only ever builds more of the same (e.g., just another AR variant), lacking the innovation for any truly novel tech not developed on the DoD’s dime. They are also too obsessed with financial risk to touch such a controversial project.
We are happy that you like the idea of our project, but you cannot expect such mold-breaking projects to come by traditional means. To build outside the box, you must work outside the box.

“Won’t the ATF put a stop to it?” is a common question, though legally complex. Suffice to say, the Dagger is compliant such that the ATF would have a hard time autonomously reinterpreting the ban to include our design, so that it would take new legislation to ban the Dagger. Even the bumpstock ban was just a reinterpretation and still had to be ordered by the White House. But clearly as your own Adam Kraut fights for bumpstocks that the Crown might eventually ban even after you win this time, it is no reason to quit. Any gun tech might be subject to ban.
Further, just as we are skirting the first AP ban, we are also developing contingencies in case the feds do move on the project. A theme is that innovation finds a way. And if and when the feds are chasing us around trying to ban every possible embodiment which they can’t foresee until we disclose the next, other pro-gun efforts will enjoy a bit less anti-gun attention.

First you complain that the rewards “aren’t great” and then somewhat conflictingly that the reward eats a substantial part of the donation. You can’t get something for nothing, and we have to balance the two. Of course the gifts are just a favor of thanks, not a sale, and many donors have refused the favor to help us more.

Finally you suggest we may never deliver and keep asking for more money.
We will always accept donations to our non-profit firm from those who believe in our cause so that we can continue our general R&D efforts. As stated in the video, we will try to raise the second $30k primarily to kickstart market access before other manufacturers are comfortable with it, as not everyone owns production equipment. The revenue from this venture will go towards other ongoing and future freedom-oriented firearms projects, as stated in the about page of our website, so that we will no longer need to ask anyone for funding to give away our IP, FOR FREE. We will complete this project, funding it ourselves if we have to, but we can offer a superior solution much sooner and more legally-resilient with help.

We understand the discomfort with the unorthodoxy of our approach, especially as most of the gun crowd is conservatively-minded and suspicious of heterodox models. To be honest, we were too, coming from success in more typical business. However we confidently believe this is the best strategy to deliver on our tall claims and, especially as our testing has proven the viability of the tech, we know that the Dagny Dagger will succeed in delighting the American gun owner and stunning prohibitionists.
If you’re afraid the project will fail, the worst you can do for it is to use your enormous platform to dump on it. Bad press can kill even the greatest potential. But we would like very much to win your appreciation, if not your support. We’ve enjoyed the content of your platform in the past, and you could be a great partner of ours. Please don’t hesitate to email us now and in the future. We’d just like a fair shake from a well-informed perspective from our fellow gun community.

Thank you for reading.