Who is Atlas Arms?

Offer simple, safe, and open-source alternatives to the restricted production and sale of conventional munitions.

Increase the availability of effective weapons throughout the industrialized world.

Capitalize on technical superiority to proliferate cheap and uncontrollable arms by market demand.

In spirit, Atlas Arms was born in 2011 on a design for a home smokeless powder factory, which turns out to be even more complicated and dangerous than it sounds.

Reviving that dormant spirit, inspiration struck early in 2017 for one of the most disruptive firearms technology advancement concepts imaginable. Three other major innovative concepts followed, each aimed at upending a particular technical limit of current arms technology, and the associated regulatory handles. While other concepts remain confidential, the Dagny Dagger project will be the first brought to bear, most easily achievable for a young, independent enterprise. Several smaller projects in weapons manufacturing are also planned for development interstitial to the larger endeavors.

Atlas Arms Research Inc. is registered as a 501(C)(3) nonprofit reseach corporation so that all donations are tax-deductable. You can help us empower citizens with improved weapons while saving your wealth from sticky federal fingers! A non-monopoly and open-source operation, finding profit-driven investment capital is difficult. Your donations ensure that we can afford to gift this technology to the public rather than restrict access for return on investment. A future manufacturing branch will help cover research costs in the long term, but charitable giving supports 100% of the work at present.

If there is a single ideology held by Atlas Arms contributors, it is individualism, as one might tell from our motto above and the Atlas Shrugged namesakes. We assert that individuals are the true units of humanity, that every person owns himself, and that every individual bears responsibility for building the world in which he wishes to be. From this follows our political motivation and strategy. Other principles generally favored in this camp are liberty, voluntaryism, market economics, non-aggression, cooperation, integrity, and craftsmanship.

It is one's own decision whether and with what to arm one's self, and no collective, majority mob, or ballot box may constitute a legitimate injunction against that choice. Firearm possession endows an equalizing power and dignity to attack one's enemies, or to defend life and livelihood, and that's romantically beautiful.

It's not enough to passively beg permission to keep our guns and dwindling firearms freedom when an election or mass shooting comes around. Instead we must actively fight to take back what has been stolen. Here at Atlas Arms, we don't ask for a world of firearms freedom, or even discuss it with the public or in courtrooms; we simply build it ourselves. For more than a century, the state military apparatus has monopolized small arms tech while some scraps eventually fall into the hands of the people. The strategy of Atlas Arms is to reverse this dynamic, ensuring weapons technology purpose-built for individual use and ease of access beyond state control.

The past decade has seen successful efforts to protect generations-old weapons tech from the next wave of gun control. We are enthusiastic supporters of this work and it serves as an inspiration, but Atlas Arms takes a more ambitious approach. We are creating brand new technology so that the future of firearms will be inherently prohibition-proof from the ground up!

Chief of Atlas Arms Research, Austin invented Dagny Dagger technology and is the principal developer of the projectile and other ongoing projects as well as practical, legal, and political strategy. His varied career includes success in start-up enterprise as a cofounder and inventor of "smart" sports gear company 20/20 Armor, as well as design work on micrometeoroid shielding for soft-bodied spacecraft. He's an ethically principled engineer who harbors love for creative production, his fellow man, and the spontaneity of life. Austin considers himself a follower of Christ by second birth and Oklahoman by first (as sooner-born and -bred as they come), and after these, a citizen of Earth more than of any nation-state. 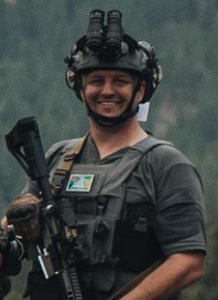 Well-known in DIY arms and Bitcoin spaces and long-dedicated to individual empowerment, Michael is an avid precision shooter and boasts extensive training at a top shooting school. His involvement with Atlas Arms began on investigation of 3D-printed Dagger jackets, and he continues to assist the R&D efforts in an advisory and administrative role as well as with developmental testing. 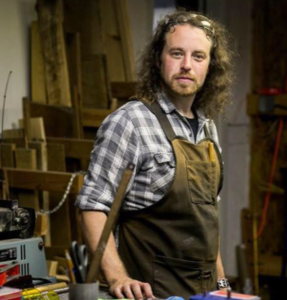 Mike is an independent artist and gunsmith with an interest in homemade firearms. He made headlines and international news when he built structural cartridges for use in 3D-printed firearms. Since then he has continued to design new models of 3D-printed and home-built weapons, has been cited in national broadcasts as an expert on the matter, and had his craftsmanship featured on the Discovery Channel’s Master of Arms and Nighthawk Custom firearms.

Lauren is an astronomical data scientist whose professional work involves data processing and analysis to infer object properties and characteristics, skill she likewise brings to ballistics data collection and analysis. She also fills a clerical and administrative role, keeping our documents free of typos and maintaining our 501(C)3 status.

Will is a mechanical engineering student known independently for his "Plasma Pump" project building a 100% DIY firearm platform complete with 3D-printed caseless cartridges and electrical ignition. He has assisted with Dagger testing and designed aspects of the Halley Hose magazine system.